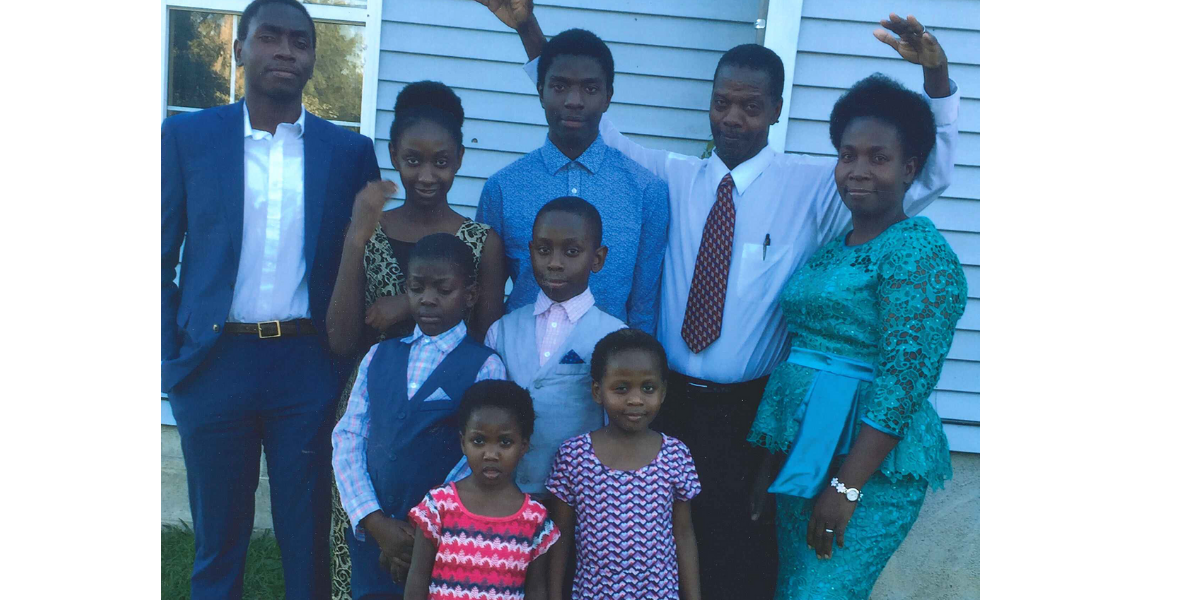 Minani, Manirakiza and their family

Minani works in housekeeping, and mom Manirakiza works in manufacturing to support their seven kids. Originally from Burundi, Minani and Manirakiza spent the majority of their lives fleeing the dangers of war and conflict and seeking safety in refugee camps to protect their family. During those fearful years, a peaceful and safe place to live was never a possibility for this family.

Even after living in the United States almost 13 years and working hard at their steady jobs, they’re still only able to afford a very small rental. Currently cramped in a three-bedroom rental, this family is ready to begin building their new five-bedroom Habitat home. They know many of their soon-to-be neighbors and greatly look forward to finding a sense of community in their neighborhood.

They were initially motivated to find permanent housing when the children began asking when they would have their own home and stop moving so often. Since moving to Knoxville ten years ago, the family has moved three times for reasons beyond their control.

The family has dreamed of the day when they may be able to have a home of their own – a home where Rachel, Justine and their siblings will have more room to study, play and grow. A place of their own, where they can finally know they’re home.

Right now, they’re working hard to make their lifelong dreams a reality. As Rachel says, “We want to make our house good.”

And with the help of friends from the CEO Build, Rachel and Justine will discover the peace and goodness of a Knoxville Habitat home.