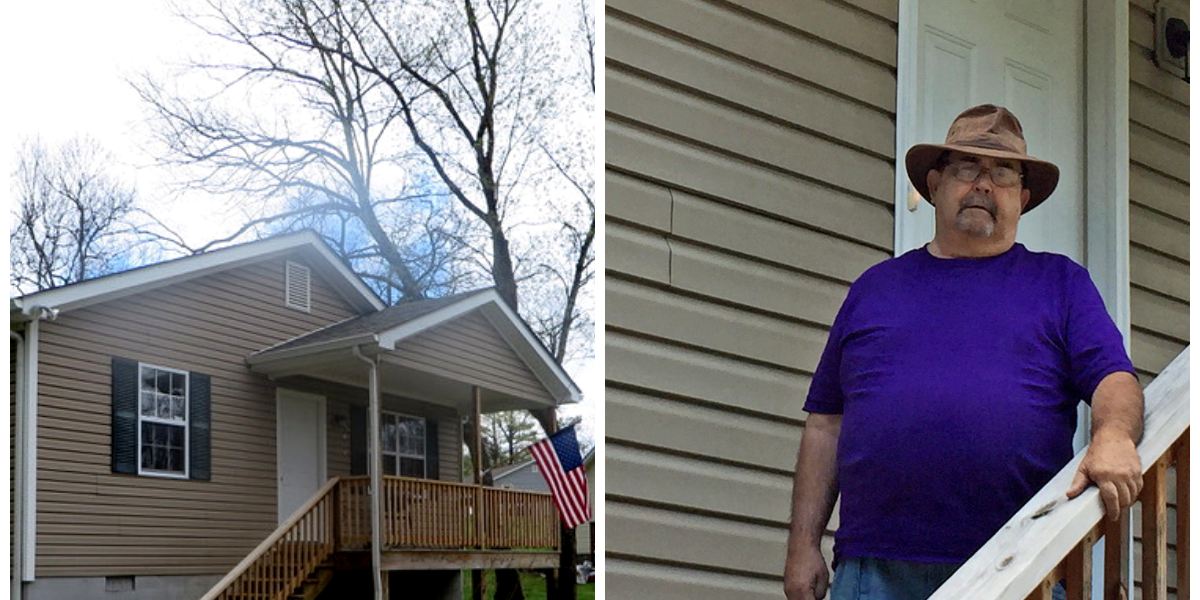 As a United States Army veteran, James served to protect our country.

After his discharge, he worked for years as a lineman and in the oil industry but began experiencing a string of illnesses that resulted in various struggles and eventually homelessness.

James was determined to turn his life around. He became active in Celebrate Recovery and committed to the ultimate step in changing his life forever … he purchased a home through Knoxville Habitat for Humanity’s veterans program, Habitat for Heroes.

In 2017, Knoxville Habitat became an official Veterans Build Affiliate with Habitat for Humanity International. Through this affiliation, the ministry became part of a national effort to not only provide affordable homes for those who have served, but also join a larger voice advocating the needs of our veterans and their families.

With the support of Knoxville Habitat’s homeownership programs, James has found strength, stability and self-reliance through shelter.