Breakfast Raises $90,000 to Build A House of Hope with Knoxville Families 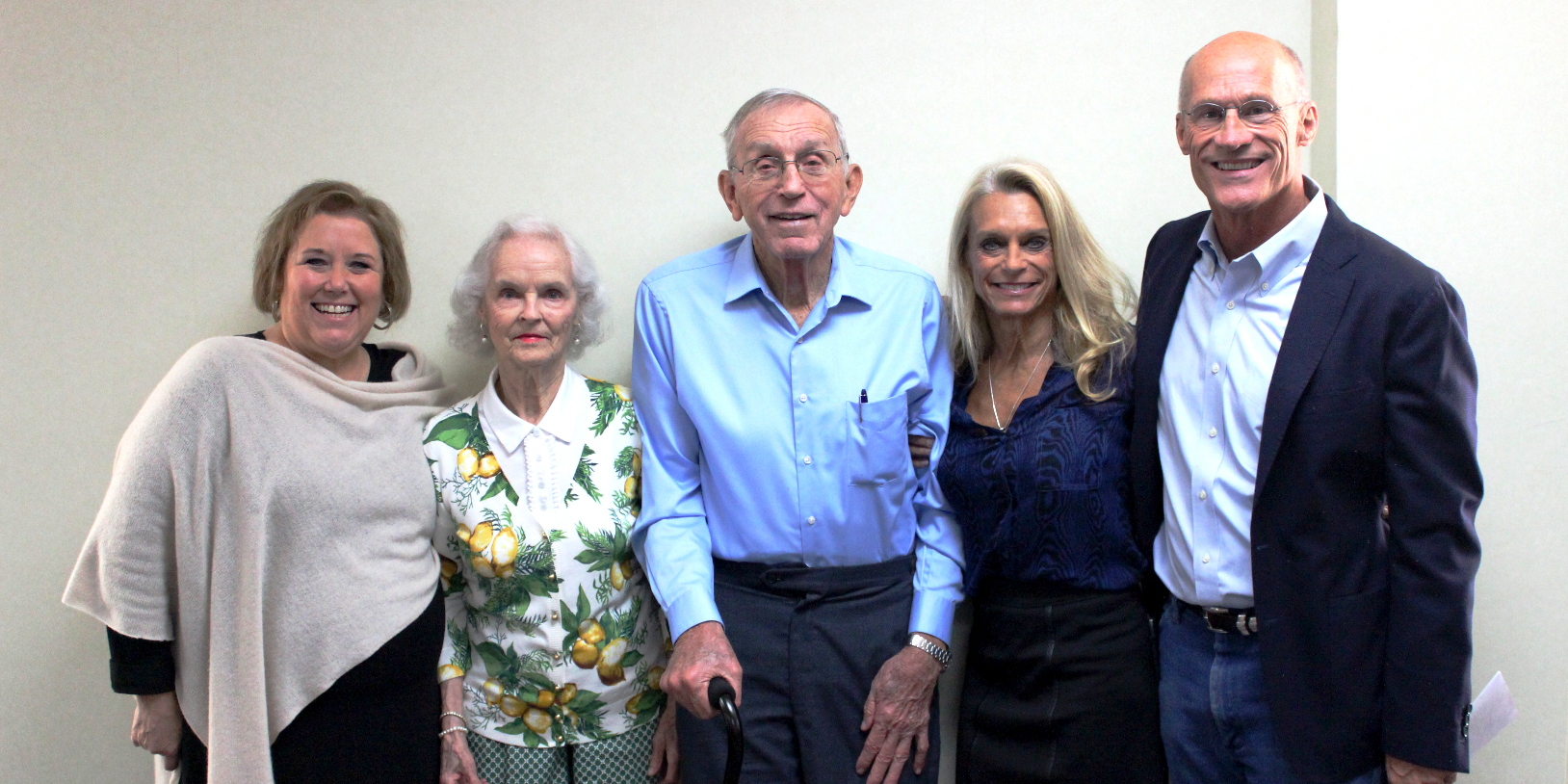 [KNOXVILLE, Tenn. (October 7, 2016)] – About 200 people gathered together at Knoxville Habitat for Humanity’s HopeBuilders Breakfast, presented by Holston Gases, on Friday, October 7 at Central Baptist Bearden in Knoxville. Attendees of this second annual event were guests of Knoxville Habitat supporters and volunteers. The event raised $90,000 that will go toward building a “House of Hope” for a Knoxville familiy in need of affordable housing and currently enrolled in the Knoxville Habitat homeownership education program.

The event was emceed by Kelle Shultz, president/CEO of Knoxville Habitat, and guest speakers were Habitat supporters Bill Baxter of Holston Gases and his wife, Ginger Temple-Baxter, also daughter of longtime Knoxville Habitat volunteer and “The Original HopeBuilder,” Bob Temple. Temple-Baxter spoke on behalf of her father, recognizing his work and impact on numerous families within the Knoxville community through his leadership, volunteerism and financial support.

“The Habitat mission parallels (Temple’s) own passion – of building affordable houses that families turned into homes – and Bob continued to build homes with Habitat for more than 20 years,” said Temple-Baxter.

A family that attributes much of their success to Temple is the Burris family. Rick and Robin Burris, a couple who built their Knoxville Habitat home with Temple’s help in 1994, raised their five children in the home.

“Because of Bob (Temple) and Habitat, we achieved homeownership and I got a nursing degree,” said Rick Burris. “That absolutely changed our lives, and now all of our children have graduated high school and are furthering their education.”

At the event, Baxter announced that the Temple-Baxter family would match all donations raised, which makes up half of the grand total.

About Knoxville Habitat for Humanity

Knoxville Habitat for Humanity is an independent, non-profit, Christian housing ministry that partners with people of all beliefs. Knoxville Habitat has been an affiliate of Habitat for Humanity International since 1985 and builds decent and affordable homes in partnership with people in need. Families are very much invested in the process of buying their new homes, and they pay mortgages like anyone with a traditional home loan. In addition to their mortgage, each family must contribute 500 hours of sweat equity as a down payment before they can move in, most of which are spent in classes learning how to budget and become a responsible homeowner. Volunteers and future homeowners provide the labor in building the homes, while tax-deductible donations of money, land and materials are provided by individuals, organizations and corporations. Knoxville Habitat has built more than 530 homes in Knox County. For more information or to donate, visit knoxvillehabitatforhumanity.com.