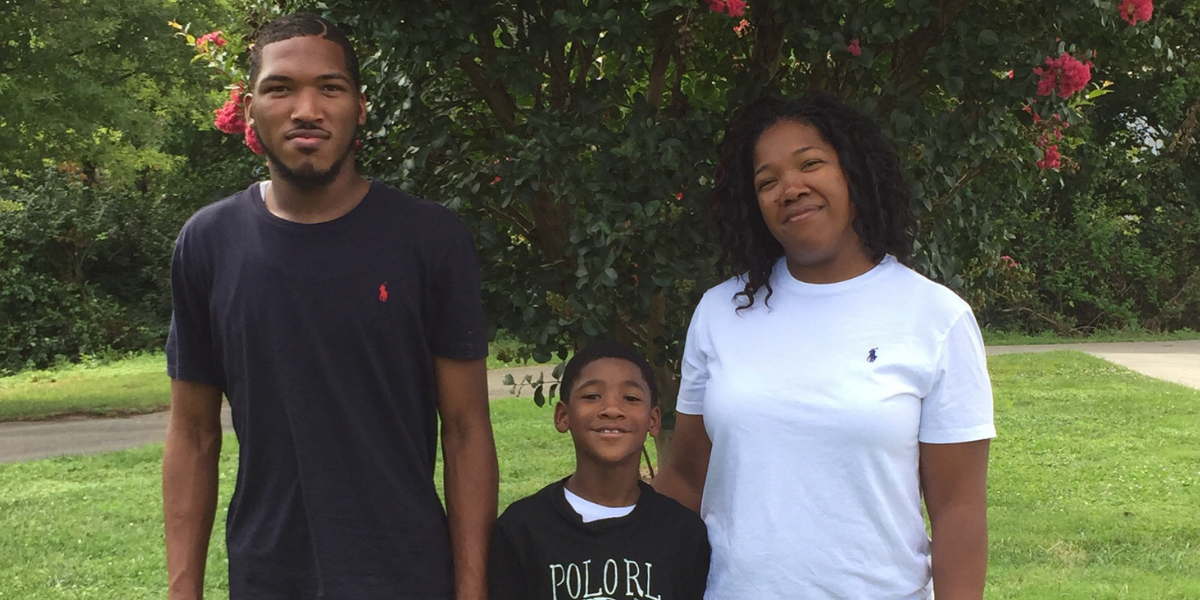 Alneshia is a devoted mother of two boys, Jadarius (17) and Adrian (7). After hearing about Knoxville Habitat for Humanity from a friend, she quickly decided that this would be the perfect opportunity for her to provide a brighter future for her sons.

Having a home “to take care of and appreciate” will mean the world to Alneshia. She looks forward to investing in her home and, in turn, her children’s futures. After losing her mother as a teenager, Alneshia had to provide for and depend on herself for everything. She hopes that by becoming a homeowner and building a more stable future for her family, she will be able to provide her children with opportunities that she never had herself.

While earning her 500 hours of sweat equity, Alneshia also works night shift at a local auto parts production plant. She enjoys working nighttime hours, as it gives her more opportunities to spend time with her children. Her and her two sons often enjoy family dinners together, which is a special time that keeps them involved in each other’s’ lives.

Alneshia has spent the past five years with her current company, which has earned her a spot as a Team Leader over her shift. She said that this career opportunity has taught her how important it is to stay organized and focused. By managing other workers, she has learned responsibility that will translate into being a Habitat homeowner.

Although Alneshia works full time, she would have been ineligible for a conventional mortgage. With Knoxville Habitat’s homeowner education program, Alneshia will have the opportunity and knowledge to be a successful homeowner. She has said that working with her budget tutor, Dale Teague, has been an “informative” and rewarding experience. She said that she has learned when it is necessary to save her money and when she can afford to splurge on something for her family.

Jadarius and Adrian look forward to putting up a basketball hoop to play in their very own driveway. They also hope that there will be neighbor children their age to play with them. Alneshia says that she most looks forward to investing in her home through a mortgage, instead of paying rent to a landlord each month. With the skills she has learned from the homeowner education program, Alneshia will have everything she needs to have a successful homeowner experience.